What is the importance of number seven in the streets of Cusco?

To think of the streets of Cusco is to remember them cobbled and imposing, where the Inca walls with more than 500 years of history coexist with modernity among shops and restaurants that are very popular with tourists. However, these same streets hide very curious stories that you will surely want to discover on your next visit to the Imperial City.

One of these secrets is the seven streets with the number seven on their names, distributed throughout the historic centre of Cusco. Walking through them is being part of local traditions, which invite you to open your eyes and look for all the mysteries they hide.

Do you want to know more? We'll tell you:

1. Siete Culebras or Seven Snakes
This very picturesque cobbled alley starts in the Plazoleta Nazarenas. The name is given by the 14 snakes carved into the stone, seven on each side. Formerly it was known as Amaru Ccatta (Amaru means "snake" in Quechua).

2. Siete Angelitos or Seven Little Angels
It is located in the San Blas neighbourhood, joining Tandapata and Carmen Alto streets. Where did the name come from? From the figure of seven angels painted on the roof of an old house by order of Blas de Bobadilla, a resident of the area. Seeing them is a challenge due to their small size, but not impossible.

3. Siete Diablitos or Seven Little Devils
And since everything must have a balance, Siete Diablitos Street could not be absent. Located one block from Seven Angelitos, a unique character will welcome you. Can you imagine what it is? It is said that couples were tempted by the devil and hid in that beautiful cobbled street, far from the sight of the people of Cusco.

4. Siete Ventanas or Seven Windows
Formerly, the convent of San Agustin was located in this place and it stood out for precisely having seven windows. Although today the site has been transformed, the name remains. You find it in the San Blas neighbourhood, as a continuation of Runas street.

5. Siete Borreguitos or Seven Little Lambs
It is a very picturesque sloping street. It is known by this name because it was the route used by the locals to travel with their packages and animals, including sheep. Go down from the Pumacurco slope to Choquechaca street. 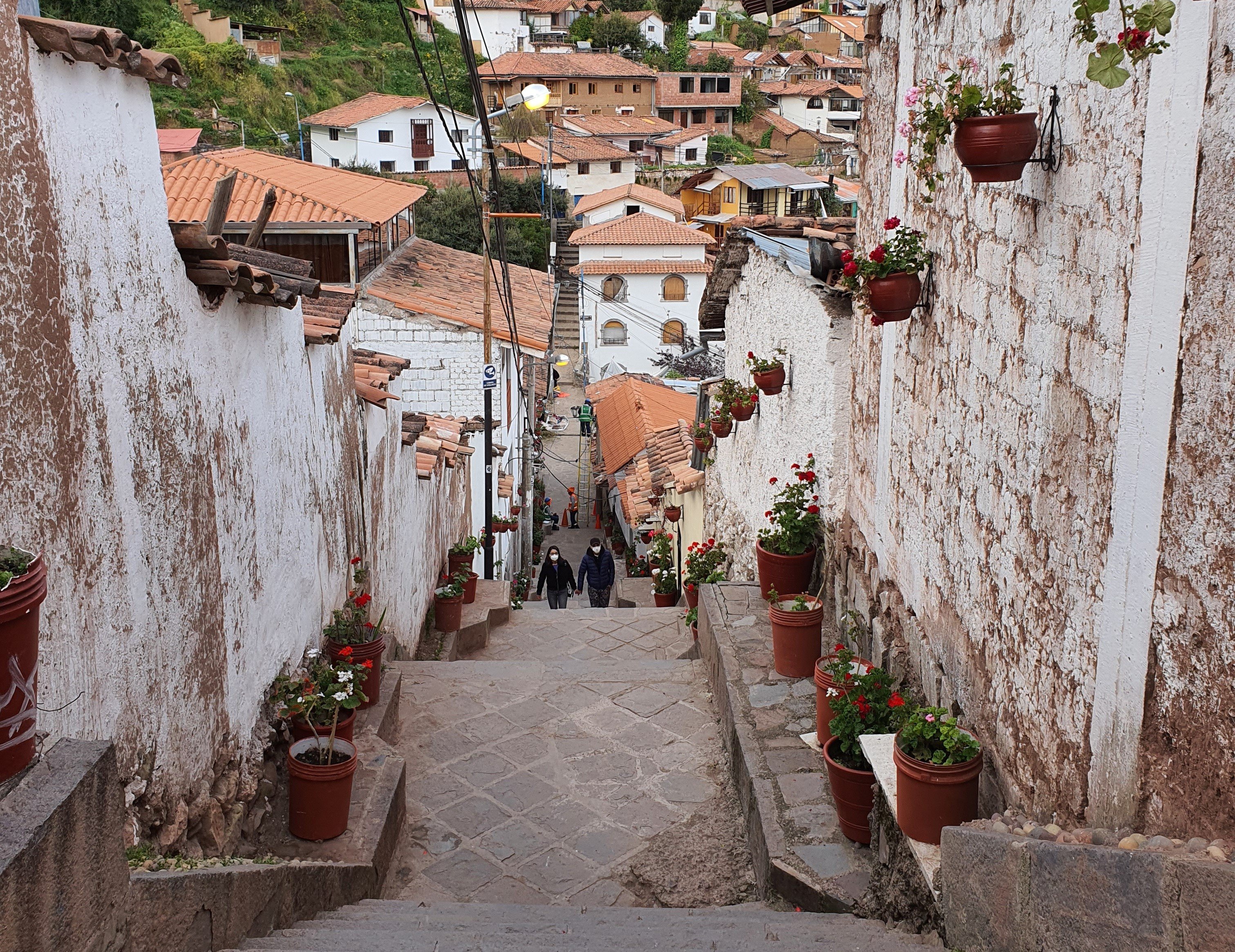 6. Siete Cuartones or Seven Paddocks
It is located one block from the Plaza de Armas. I get its name from the seven stone stringers or paddocks that lined the bed of the Saphy River that formerly passed through there. Today only one remains, right at the intersection with Saphy Street.

7. Siete Mascarones or Seven Masks
It is the only street outside the historic centre, in the Santiago neighbourhood. The name is given by an old inhabitant, Mr. Mascareñas, who with his six children worked smelting copper to make all kinds of things, from ornaments for church doors to nails used in construction.

We leave you this map so that you can easily locate them on your next visit:

Seven streets. Seven stories of Cusco that maybe you did not know. And this is how the Imperial City is: an opportunity to be surprised at every corner. What do you think?

Peruvian gastronomy is known throughout the world for its variety and flavor. Dishes like Ceviche, Lomo Saltado, and...

Lima is in constant growth, offering visitors more exciting adventures as each day passes; from gorgeous views of the...